The Life of Jesus

The New Testament writers are united in their assertion that Jesus is central to the biblical story. Jesus is the climax of God‘s plans to restore creation and reunite people with himself. But as we continue to read, we get the sense that this claim is too small: Jesus is actually central to the life of the universe itself. Furthermore, he isn’t just the human leader that Israel has been waiting for— he is Almighty God. These facts make the four Gospel accounts of Jesus’ life all the more remarkable.

Powerful writing tends to show more than it tells. The reader is asked to enter into the narrative and draw their own conclusions. As you read this month’s passages— which may be very familiar to you— try to see what the gospel writers are showing about Jesus, more than merely telling. Each gospel writer is prompting the same basic question, “Who is Jesus?”  See if you can enrich your understanding of Jesus, particularly given the Old Testament background you have been immersed in over the previous months. 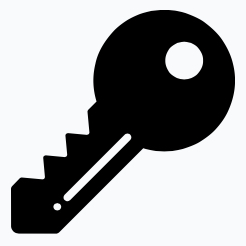 In the beginning: John 1

The Gospel of Mark begins with John the Baptist; Matthew and Luke with Jesus and his ancestors. But John’s Gospel begins even further back, in the beginning. In Greek philosophy the term “Word” (logos) was used to describe the underlying ordering the principle of the universe, the thing that held everything together. In Jewish understanding, “Word” meant God’s powerful, wise, creative activity in the world. In John’s Gospel Jesus is described as the “Word made flesh,” with the author drawing together both cultural ideas.

After the ‘cosmic’ introduction to Jesus in the first 18 verses, the first chapter of John’s gospel is no less dramatic. Notice particularly the titles given to Jesus by various people.

At the beginning of his gospel, what are the key things John wants us to know about Jesus— particularly given the several titles used in relation to him?

The beginning of Jesus ministry: Mark 1

The Gospel of Mark begins with a phrase that would have been instantly recognisable to anyone living in the Roman empire. The Greek word “euangelion,” meaning good news, or gospel, was commonly used to proclaim a significant change in the empire— such as the birth of a new Caesar, or a great military victory. As Mark introduces Jesus, it would seem that something big is changing in the world. In Mark’s opening chapter, it would seem that his gospel is nothing less that the coming of the Kingdom of God.

Jesus is creating a stir. He is traveling the countryside, teaching with authority, healing and confronting the authorities. The question everyone is asking is: Who is he? Peter confirms that Jesus is the Christ, Israel’s long-awaited Messiah. But Jesus immediately confuses him by saying that his mission is to suffer and die. Peter doesn’t think this fits with what the Messiah is supposed to do [that is, defeat Israel’s enemies], so he’s quick to contradict Jesus. But Jesus strongly opposes his challenge: he is on a mission that is not what Peter expects.

What we learned in this passage about Jesus sense of mission?

What have we learned about being Jesus’ disciple?

Shedding light on the scene

All the Gospels make it clear that God‘s kingdom is finally arriving in and through Jesus himself. In Matthew 5-7, Jesus outlines what life in that kingdom looks like. It’s a vision that continues to challenge and inspire today.

Would it be easier, do you think, to obey the Law of Moses or the Teachings of Jesus in Matthew 5-7?

Do you think Jesus actually intends Christians to live up to the very high standards of his teaching in these 3 chapters? Why or why not?

Israel’s hopes and the Ministry of Jesus: Luke 1-4

Luke’s account of Jesus birth is the most detailed of all the Gospels. It lays a foundation for understanding who Jesus is and why he came.

According to Luke, what was Israel waiting for at the time of Jesus? How does this shape our understanding of who Jesus is?

Jesus is the Word — the person that holds the whole world together, and the creative power of God – made flesh. Here he is among friends, weeping at the pain of the loss they have suffered, because of the death of someone they love. However, the father gives Jesus power over death.

How does this scene expand our vision of who Jesus is— both Word and Flesh?

Israel is waiting for a hero, and their Messiah. They want a leader to free them from Roman oppression, to make a way for God to return to live with them. Jesus has acted in ways that have suggested he might be the guy for the job. In this passage, Jesus finally answers some questions about his identity, as he’s welcomed by the crowds as the Messiah.

What is the significance of the various Old Testament allusions and quotations Mark carefully records in this passage?

Why do you think Jesus so carefully ‘stage managed’ his arrival in Jerusalem? 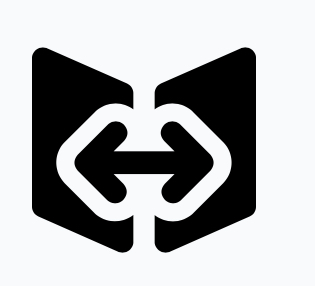 The authors of the New Testament consider Jesus to be the culmination of the story of the entire Old Testament. All the threads and hopes of Israel’s narrative and woven into his life. The following passages are chosen to shed light on the other readings for this month. What connections can you see? What do we learn about Jesus and his role in the story of God?

This song was sung at the enthronement of Israel’s Davidic kings. The king of Israel was more than just a powerful figure, he was the representative. At Jesus’ baptism, God speaks a word from this Psalm over Jesus.

After a series of unfaithful kings before the exile, Israel longs for a true representative; a faithful king, a Messiah, who will lead them in victory against their enemies. The prophet Zechariah suggests they will know that this king has arrived when he rides into Jerusalem on a donkey.

After the exile, Israel hoped that one day God would return to Jerusalem, remembering how he had previously indicated his presence with the temple in the cloud of glory. The writers of the New Testament assert, in an unexpected turn, that this return happened in Jesus.

The restoration of Israel: Isaiah 35

Isaiah speaks to Israel in exile and declares that one day they will be restored. A sign of this restoration will be the healing of the blind, the lame, the deaf, and the mute.

Isaiah 60-61 speaks of the great restoration of God’s people. God promises a return to peace and prosperity. In Isaiah 61, we see God anointed a human agent to make this happen. 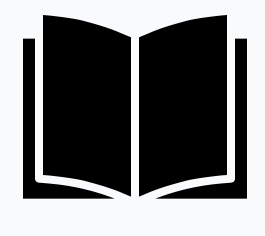