Last month we looked at the peak of Israel’s story, with the golden age of Jerusalem ruled by David and then Solomon. Tragically, this period was short lived. At the peak of his power, Solomon begins to turn away from God. He marries foreign women (against God’s commands), worships their gods (as God predicts), and builds them palaces and temples throughout Jerusalem. After his death, the Kingdom splits in two, with ten tribes in the north rejecting the house of David and establishing their own capital in Samaria. This begins a period of decline for the people: king after king, “did what was evil in the sight of the Lord.”

Time and again God sends prophets to warn his people to remember the covenant. But they continue in idolatry and spiritual adultery. The people of God again look indistinguishable from the surrounding nations. The deathbed warnings of Moses, Joshua and David hang over the story as Israel spirals towards eviction from their land, captives taken against their will to serve foreign kings.

At the height of his reign, Solomon rejects God in favour of his own wants. In 1 Kings 11:1 the phrase, “loved many foreign women…” suggests an appetite— lust— which corrupted him and led him away from God. The conclusion of verse 3 says it all: “… and his wives led him astray.” The king who looked most likely to fulfil the promise given to Abraham starts to worship foreign gods and begins to force the Israelites into many building projects– beyond the temple– which display his glory. Ironically, Solomon begins to look more and more like the despots of the surrounding nations while Israel’s way of life begins to unravel.

The prophecy of Ahijah the prophet concerning Jeroboam foretells the division of Solomon’s Kingdom. Once again, the promises of God seem to be under threat.

God still remains faithful to the covenant with David, but the peace that the Kingdom had enjoyed is broken as it splits in two, “Judah” in the south and “Israel/Ephraim” in the north.

Rehoboam, the son of Solomon, does not have his father’s wisdom. Instead, his pride and thirst for power means that the divided kingdom appears to frustrate the blessings promised by God. The summation of Rehoboam’s rule in Jerusalem in 1 Kings 14:21-31 shows how far he had departed from the covenant. Jerusalem’s vulnerability to attack from surrounding nations stands in stark contrast to the security enjoyed under David and Solomon.

Jeroboam’s rule in the North had already been foretold in 1 Kings 11 by the prophet Ahijah but any hope that he might put God first is soon lost. Instead, he shows himself a shrewd politician driven by a lust for power. He uses ‘religion’ to secure his regime: a counterfeit cult is established as a substitute for true worship. Jeroboam’s two golden calfs remind us that Israel has not progressed far since their rebellion in the desert.

The two kingdoms of Israel and Judah are ruled by a succession of kings, some being faithful, but most not. By the time of the reign of Manasseh, the evil of God’s people has exceeded that of the surrounding nations, and once again God promises to intervene: Israel will go into exile.

Song of the Vineyard: Isaiah 5

The first 39 chapters of Isaiah are written to Israel in the days of their decline, warning them to repent or face exile. In the haunting song of Isaiah 5, God outlines his case against Israel.  For background information on the book of Isaiah and Mal York’s daily devotions on Isaiah 1-6, click on this link.

As this parable is turned against the fruitless national life of Israel, we see that God is not indifferent to Israel. Instead, his passionate love for them means that he cannot simply ‘watch from a distance’. He must act. 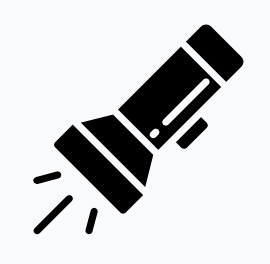 Shedding Light on the Scene

The book of Ecclesiastes is framed as Solomon’s search for satisfaction apart from God. Knowing that Solomon’s wandering heart was not entirely faithful God, the reader learns to weigh the words of ‘The Teacher,’ rather than blindly accepting everything on face value. Wisdom is gained in this interaction. At the end, the ageing King’s demise leads the reader to conclude that true satisfaction and security can only be found in fearing God.

Successive kings reject God and lead his people into idolatry and all kinds of evil. God calls a series of prophets to confront them. Through Elijah, God spectacularly demonstrates to Israel, as he once did to Egypt, that he is still in control.

Naaman is healed of leprosy: 2 Kings 5

Israel’s history during their decline includes some curious stories. One of these is the healing of Naaman, a Syrian military commander, and enemy of Israel. The blessing that Israel enjoys “spills over” to affect someone from another nation. Moreover, in the midst of Israel’s decline and apostasy, God still ensures that everyone will know that “there is a prophet in Israel” (v8). God is not without testimony even in the darkest time as Elisha’s remarkable deeds demonstrate God’s sovereignty. The reader is reminded of God’s plan to bring the blessing promised to Abraham to all nations.

And yet, God’s ways are still ignored to the great detriment of his people.

In one of Israel’s darkest days, the Northern Kingdom is destroyed by the Assyrians and its people are carried into captivity, being systematically divided and assimilated into the Assyrian culture. Their identity as the people of God seems to be beyond recovery.

Throughout the decline, prophets continue to call Israel back to God. Jeremiah is one of these prophets whose calls to repentance are ultimately ignored.

Another prophet, Hosea, lives a life that is a powerful metaphor for Israel’s rejection of God: he marries an unfaithful woman and is told by God to remain faithful to her. He is to woo her back.

There is a constant tension in the biblical narrative between Israel’s identity as the blessed people of God and their rebellious living. God is committed to blessing all people through them (Gen 12:3) and yet they refuse to faithfully represent God to all the nations. Despite God’s unwavering covenant commitment to his promises, Abraham’s family seem most unlikely. Ponder the following characters:

For good reason Abraham is called the father of faith. Although declared ‘righteous’ in God’s sight, he lived a far from perfect life. He struggles to trust God’s promises. He clearly does not deserve God’s blessing but, nevertheless, God remains faithful to his promise.

What impact does God’s covenant faithfulness have on us as we grapple with the life of Christian discipleship?

Israel in the wilderness seem to fail God more than not. They seem to learn little in 40 years of wandering. Why do you think God doesn’t abandon them?

As was Israel, the church is a mixed bag. It would be easy to despair. What is God’s call to his people, even in these days after the resurrection of Christ?